Skip to main content
FREE Shipping for Orders Over $100 Available During Checkout
(800) 247-3352 | sales@somethinggreek.com 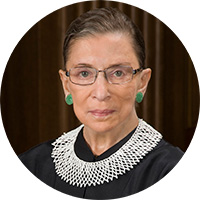 Associate Supreme Court Justice, Ruth Bader Ginsburg is one of the most influential women in the United States. Her career began from her time at Cornell University, where she was a member of Alpha Epsilon Phi. 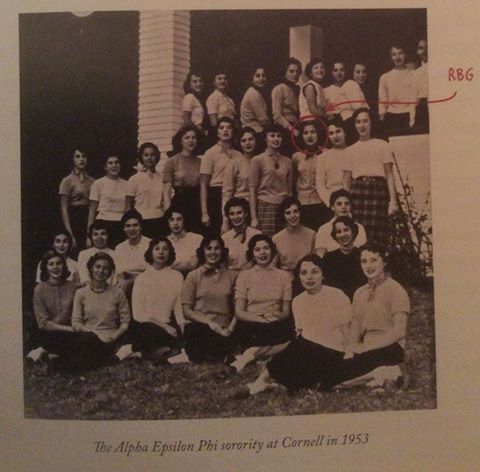 In 1954, the ΑΕΦ chapter alumna received a Bachelor of Arts degree in government. Two years later, Ginsburg enrolled in Harvard Law as one of nine women in a class of 500. She was a professor of law for nine years before being selected in 1980 for the United States Court of Appeals for the District of Columbia Circuit by President Jimmy Carter. Then the AEPhi sister was nominated for the Supreme Court by President Bill Clinton in 1993.

According to fraternity or sorority historian, Fran Becque, Ph.D., "And never mind that four women have served as U.S. Supreme Court Justices. Only one, Justice Ruth Bader Ginsburg, Alpha Epsilon Phi, is a member of a National Panhellenic Conference (NPC) organization."

Ginsburg was a pop culture icon and was affectionately known as Notorious RBG.

On February 19, 2014, she was featured as one of the Jeopardy questions in the "Sorority Sisters" category. The answer was "Who is Ruth Bader Ginsburg?" 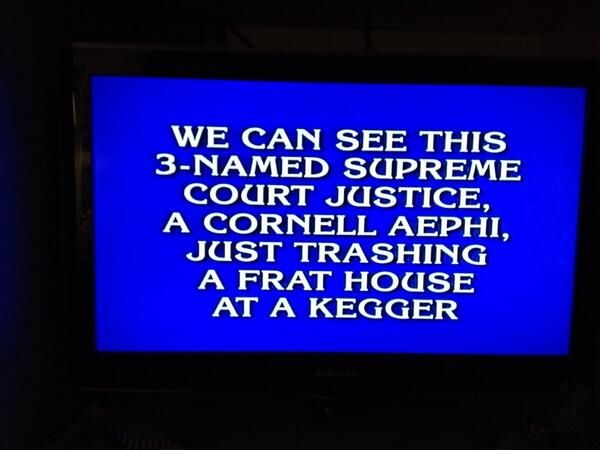 On May 4, 2018, the Julie Cohen and Betsy West directed and produced, documentary about her life called RBG was released in the United States. It subsequently received many nominations and awards.


Just one day after her passing on September 18, 2020, NewsChannel 9 reported that the current generation of change-makers at Cornell's ΑΕΦ house are determined to use her legacy to commit to one purpose, and that is to pave the way. "The AEPhi sisters have each taken away a lesson from RBG’s legacy like never giving up on their dreams, remain steady and always push forward." Ruth Bader Ginsburg will always be remembered as many things: a trailblazer, feminist, and sister.